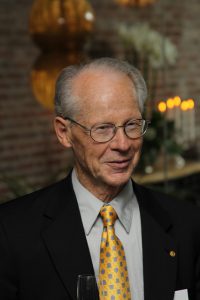 I’m always on the lookout for academically rigorous studies that support the concepts of Vested Outsourcing.

Now there’s a new and very important one to add to the Vested Outsourcing backpack: It’s the work of the 2009 Nobel Laureate Oliver E. Williamson. Dr. Williamson, professor emeritus of business, economics and law at the University of California, Berkeley, shared the 2009 Nobel Prize in economic sciences (with Elinor Ostrom) for his “analysis of economic governance, especially the boundaries of the firm.”

(Dr. Ostrom, a professor of political science at Indiana University received her half of the Nobel award for her analysis of economic governance, which demonstrates how common property can be managed successfully by user associations.)

But Dr. Williamson’s recent work on something he calls “transaction cost economics”  (TCE) resonates  at the basic make-sell-buy contract and conflict resolution level.

While it is a definite understatement to say his work is academic and very densely written – he’s certainly no blogger! – I think that in simple terms it speaks to the transaction costs in outsourcing.    My favorite of his articles appeared in an April 2008 article in the Journal of Supply Chain Management (“Outsourcing: Transaction Cost Economics and Supply Chain Management”).    In the article,  Dr. Williamson examines outsourcing from the TCE perspective.

“The transaction is made the basic unit of analysis and the procurement decision, as between make and buy, is made (principally) with reference to a transaction cost economizing purpose,” he writes.

TCE’s lens focuses contract and governance on the make-or-buy decision, Williamson continues. While supply chain management (SCM) also focuses on procurement, SCM “introduces a broader systems perspective in which related transactions are grouped and managed as chains.” These two “plainly share a lot of common ground, but there are also tensions.”

When dealing with people and their contracts, “We need to come to terms both with bounds and rationality.” Because there are bounds on rationality “all complex contracts will be incomplete – there will be gaps, errors, omissions and the like,” he states.

But if parties have the ability to look ahead, “the potential maladaptations can be relieved by crafting mechanisms ex ante to deal with unanticipated disturbances as they arise, the effect of which is to facilitate adaptation, preserve continuity and realize mutual gain during contract implementation.”

The ease of a contracting process, Williamson continues, “varies with the attributes of the transaction, with special emphasis on whether preserving continuity between a particular buyer–seller pair is the source of added value.”

Preserving continuity as a of source added value sounds very much to me like an academician’s way of saying that win-win comes from collaborating in a mutually beneficial (and rational) way – which is the goal of a successful Vested Outsourcing relationship.

The other two Vested Outsourcing philosophies Williamson’s work supports WIIFWe (What is in it for We) and Rule #3 Pricing Model.

Williamson points to three styles of of hybrid contracting: Muscular, benign and credible.  Under the muscular approach one of the parties holds the balance of power, and does not hesitate to exercise it. “Muscular buyers not only use their suppliers, but they often ‘use up’ their suppliers and discard them.” The muscular approach to outsourcing of goods and services is “myopic and inefficient,” he continues.

The benign approach is well, too benign because it it assumes that cooperation to deal  with unforeseen contingencies and achieve mutual gains will always be there.

Trust should not necessarily supplant power entirely and indefinitely, Williamson argues, and that is where the credible part comes in.  Credible contracting is hardheaded (no benign behavior allowed!) but not mean-spirited (as in muscular). It arises out of the awareness that complex contracts are “incomplete and thus pose cooperative adaptation needs” and require the exercise of  “feasible foresight.”

Williamson is not an easy read to be sure, but worth the effort.