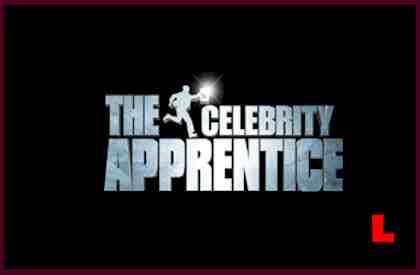 Often reality TV can teach us something, usually about how not to act or how not to do something. You might be asking yourself, “What can I learn about Vested Outsourcing from the Celebrity Apprentice?”

Well the finale has a negotiations showdown between the two finalists for teams “Rocksolid” and “Tenacity.” Rocksolid, led by rock star Bret Michaels and Tenacity, led by actress Holly Robinson Peete are both charged with developing a new Snapple tea flavor and then producing a commercial and print ad campaign in only about three days to promote it.

Here is why this is relevant to Vested Outsourcing. A difficulty arises when each team decides separately that they want to go with passion fruit as the main ingredient in the new tea. The teams send in “negotiators” to battle out who will get their flavor choices. Passion fruit is the number one choice for both teams.

Holly sends in team member and celebrity chef Curtis Stone to negotiate since he has the most educated palate and is a former member of Bret’s team. That might have seemed an unfair advantage and ultimately it was, sort of, but it was also a risk because Holly’s team had no fallback flavor chosen if they lost out on their first choice. Brett, on the other hand had an alternate choice in his back pocket.

What ensued was a short dialogue between the two with Bret at one point saying, “If you take the passion fruit you take my ‘A’ game.”

“I had to tell him that everything I wanted was what he wanted,” said Curtis. Bret caved quickly, believing, or at least saying for the cameras, that “I knew he wasn’t going to budge” about the passion fruit. “They were firm on the passion fruit; we would have been negotiating for hours.”

As Curtis exited the room he utters “sucker” out of the corner of his mouth.

“He gave it up a bit easy,” Curtis said later. “It was like taking candy from a baby.” Or was it? Who was more vulnerable in this particular negotiation? I’d say it was Holly’s team because they put all their eggs in one basket and depended on the celebrity chef to carry the day. Bret on the other hand may have given “it up a bit easy” because he knew he had a good alternative. He did not have to lay all his cards on the negotiating table and fight; while he was disappointed, he also knew there was a win-win available even if one side wasn’t playing it that way. He left money on the table for the greater good in terms of efficiency.

So Holly “won” that negotiation with her Compassionberry Tea (passion fruit and strawberry) for autism research. Bret went with his Trop-A-Rocka (tropical fruits, vanilla and cinnamon) for Type 1 Diabetes research.

Vested Outsourcing is a stark and useful contrast to that winner-loser, “I win,” “You’re Fired!” mentality. Curtis’ tactics worked in the short term, but in the long term Bret will likely think twice about how he was taken advantage of and lied to. Using Curtis’s negotiation tactics will lead to classic game theory/behavorial economics that whittles away at trust and ultimately increases costs. This muscular (and even unethical) approach works on the Celebrity Apprentice when you are in a purely competitive situation and there really is only one winner. But for those who are in outsourcing relationships you’ve got to live with the other party over an extended period of time. And more importantly, the company outsourcing and the service provider are on the same team – not directly competing head on!

Unfortunately, pop culture reinforces bad negotiations tactics and teaches us we have to “win” at all costs. I find it sad that our culture is obsessed with the winner-take-all mentality.

There is a twist of fate in the show’s ending. It really did turn out to be a win-win solution. While Holly won the negotiation, she wound up losing the game. In the big scheme of things, Holly was the show’s biggest fundraiser ever, but Bret was chosen as the overall winner.

An odd win-win, but a win-win nonetheless!