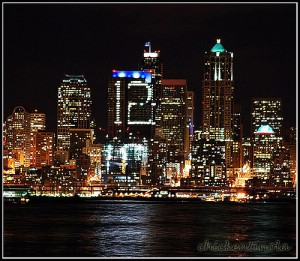 Of course I am a Peyton Manning fan. Is there a person at the University of Tennessee who is not?  (For those not familiar with football – Peyton is a UT grad.)

So while I am fan of the man and his accomplishments as a football legend – I have to say the Seattle Seahawks’ remarkable and unexpectedly easy 43-8 Super Bowl XLVIII victory over Peyton Manning and the Denver Broncos was a testament to preparation, collaboration and alignment – all foundational teachings I share with my graduates and executive education students at UT.

It was truly a case of the sum being much greater than the individual parts.

Here are some interesting notes and statistics: Saturday night (yes – the night before the Super Bowl) Manning was lauded by The Associated Press for winning the NFL’s Most Valuable Player Award. But that is only part of the story. It was his fifth MVP win. No other player has won more than three! More impressive? He earned 49 votes of the 50 votes from the nationwide panel of media members who make the decision. New England quarterback Tom Brady got the other vote.

But Sunday the Seahawks proved the magic that can happen when a team is tightly aligned and playing at their highest and most passionate level, even when there is an MVP playing on the opposite line of scrimmage.

Let’s look at the stats of some of the team of superstars from the Seahawks team.

I’ll start with their defense – which stole the show.

–      Malcolm Smith (see below), made five tackles and assisted on four more.

–      Kam Chancellor –a fifth round draft pick in 2010, intercepted a Manning pass and made five tackles and assisted on four more.

–      Cliff Avril – drafted in the 3rd round in 2008, scored a safety on the first play of the game and chipped in with three tackles.

And the Super Bowl MVP? No superstar there: it was the unheralded Malcolm Smith, the Seattle linebacker who grabbed Manning’s first interception and scored; he also recovered a fumble. Smith was drafted in the seventh round of the 2011 draft and didn’t even start for the Seahawks until Week 15 of the regular season!

While the defense got most of the accolades – let’s look at the offense and special team scoring that racked up 34 of the 48 points (including kicks) the Seahawks put on the board:

And last but not least—there is Russell Wilson—a seventh round draft pick playing in just his second season who is heralded for his game management (and not to mention 18 of 25 pass completions for 206 yards, two touchdowns and no interceptions).

Anyone who watched the game knows that the win was truly a team effort!

So – while I am Peyton Manning fan – I have to say hat is off to the Seattle Seahawks who proved once again that when you align and collaborate as a team to reach any goal – no matter how big – great things will always happen.