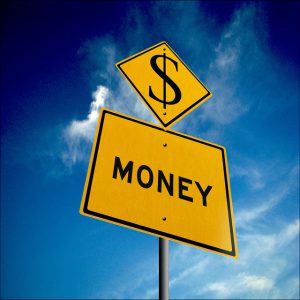 The following post was written by my friend, colleague and Vested CDA David Frydlinger. David is Partner with Lindahl law firm in Sweden and is a co-author of our Getting to We book as well as author of a Vested book in Swedish.

I have spent—if you ask my wife – too much time studying psychology and behavioral economics for some years now, first of all because it is interesting and second because it really makes you understand so much of what we do in how we coach clients on how to implement Vested agreements.

I recently came across a “must” read academic article in Science Magazine entitled “The Psychological Consequences of Money” by Kathleen D. Vohs, Nicole L. Mead and Miranda R. Goode. The article highlights the effects of money on human behavior.

The researchers’ psychological experiments revealed important insights into our relation and reaction to money, and a concept called priming. In the tests, the participants are divided into a test group and a control group. In the first step, the test group is given a number of groups of five words that they will use to form sentences. Those words are related to money, for example by including words such as ‘money,’ ‘expenses,’ ‘dollars,’ etc.

The control group is given the same exercise, but the words they are given have no relation to money. Basically, the first group is ‘primed’ with ‘money’—in other words, they have money on the brain—but they don’t know that this is what has happened because they don’t know the purpose of the experiment.

In the next stage, the participants are put into a situation where they are given the opportunity to give help in different ways, for example by picking up pens that someone has dropped on the floor. This is thus a test for cooperative behaviour.

The results revealed that the group “primed” for money show a significantly less willingness to help—they become more egoistical and less cooperative, simply by their exposure to some money words.

I think you see where I am heading here: on in the negotiation. We know that this is right, but the experiments, by Vohs, Meade and Goode give strong scientific support for it.

Discussing money early makes people egoistical, self-centered and illustrates a “what’s in it for we” mindset from the start. And that means less propensity for example, for reciprocity, honesty and the other guiding principles.

It’s a short article but well worth reading. A word of warning: since you have read this about money and egoism you are now probably primed to be more egoistic, so be careful if someone needs your help today.