This post was written by David Frydlinger, Kate Vitasek and Henrik Järleskog. 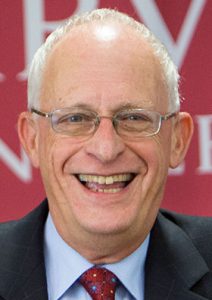 When Oliver Hart and Bengt Holmström won the Nobel prize in economics last week, many Vested followers reached out asking the question, “How does their research align with the What’s in it for We (WIIFWe) mindset and approaches of the Vested sourcing business model?” In part 1 of this post, we referred to Holmström’s very relevant focus on alignment of interests through the compensation model. Such alignment – in the Vested model through an outcome-based pricing model – is a key component of Vested.  We also saw that Hart’s starting point that contracts are incomplete, i.e. silent on many points, is also an important assumption in the Vested model.

Holmström and Hart are great – but incomplete

We clearly recognize that Holmström’s and Hart’s theories include elements in total alignment with Vested. Their focus on the importance of contract design to align interests is critical.

But while we think Holmström and Hart are great, in our view their theories are also incomplete. To us, it seems that Hart and Holmström too unquestioningly adopt a view of the market as consisting of individuals only acting in their material self-interests and where, as a result, power is what will decide the outcomes. 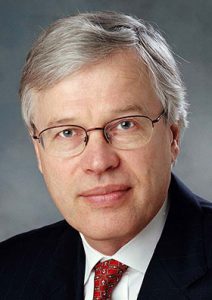 As we saw in part 1, for Holmström, it is important that clear causality links exist between a supplier’s actions and the performance for which it is compensated. Why? Because unclear links will presumably be exploited by the parties to their own advantages.  If the contract is vague, it is assumed, both parties will interpret it to their own advantage, against the interest of the other.

How does Hart, as we understand him, approach the problem of conflicting interests in incomplete contracts? He seems to assume that the parties will deal with those conflicting interests through a power struggle. For Hart, the “winner” of this power struggle will be the party who controls the most valuable assets for the deal. Let’s say a customer and a supplier have a conflict of interests and the contract is silent.  It is very possible the supplier will be in control of both valuable human resources and assets that the customer needs. Unless the customer has good “outside options”, i.e. good possibilities to leave the relationship, the supplier will be in power and this will decide the outcome.

To avoid those problems, Hart’s advice is to allocate ownership of assets before the contract is signed. Essentially, it comes down to a make-or-buy decision. If it is possible to achieve an allocation that creates a power balance, the parties should enter into a contract. If it is not possible to achieve such power balance, one of the parties should buy the other, i.e. vertically integrate. Why? Because it is assumed to be impossible to avoid that, in case of a conflict of interests, the parties will try to exploit one another.

In this regard, Holmström’s and Hart’s work differs significantly from the Vested model. There is simply no room for the WIIFWe mindset – a hallmark of the Vested model.  And here is also where their theories in our view are incomplete. It is simply not true that only self-interest and power rules the market.

Research shows the WIIFWe mindset obviously exists in reality. Daniel Kahneman provided strong evidence for human’s strong sense of fairness in his own 2002 Nobel Prize winning research.  Kahneman’s work clearly shows individuals are inclined to a fair sharing of value and moral behavior, even when it is against strict economic rationality. implementing the highly collaborative Vested model. The results are real – as demonstrated in the book, “Vested: How P&G, McDonald’s and Microsoft are Redefining Winning in Business Relationships.”

Another – in our view – missing component of Hart’s and Holmström’s work, is the omission of what 2009 Nobel Prize winner Oliver Williamson calls hybrids or more commonly referred to as relational contracts. This is a different form of contract than the traditional, transactional contract that most people know about. A contract focused on creating continuous alignment of interests, through a partnership, deals with strong ties between the parties and a high degrees of dependency. Those hybrids, or relational contracts, obviously exist – as witnessed by the many examples of Vested agreements in practice.

While we totally agree that contract design is critical to ensure alignment of interests, drawing on the work of Kahneman and Williamson’s work, it is easy to conclude that Holmström’s and Hart’s theories are great – but incomplete. Simply put, we believe that Hart and Holmström are painting a too black-and-white picture of the contract choices available.

To close the gaps, Hart and Holmström’s Contract Theory needs to be augmented with practical experience and theories of academics such as Williamson and Kahneman.  When this is done, we can see at least seven forms of contract design – or Sourcing Business Models – as we prefer to call them.

Sourcing Business Model theory consciously includes the Nobel Prize winning thinking of Williamson and Kahneman as an alternative to conventional power based approaches. This is essential for aligning interests in the most complex types of relationships that have the highest likelihood of having an incomplete contract.  For this reason, Sourcing Business Model Theory purposefully includes the use of a relational contract for addressing performance-based and outcome-based economic models.

For more background on why, how and when to use a relational contracts –the University of Tennessee, the International Association for Contract and Commercial Management and Lindahl Law Firm is launching a white paper titled “Unpacking Relational Contracts.” Click here to register for a copy (releasing on October 24, 2016).

Hart and Holmström’s work will no doubt resonate well with most business people because traditional power-based arms-length transactional contracts are the only options that most lawyers use and most business people know. But savvy sourcing and contracting professionals will realize that

Images: Holmström and Hart via Nobelprize.org