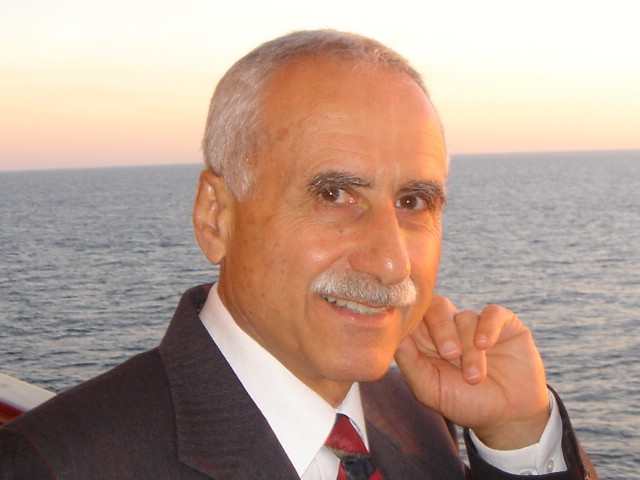 Sometimes I get the feeling that this series connecting the work of the giants in psychology with Vested Outsourcing is a little “out there.”   But the more I dig into the thought leadership in this space, the more I am convinced there is a tremendous amount of insights that outsourcing professionals can apply to helping them craft and govern their deals.

This week I had time to dig into the works of Albert Mehrabian.  His work presents a psychologist’s perspective on business relations including verbal and non-verbal communication, the “product-user interface” and “intuitive logic and organization.”

He came to psychology after receiving BS and MS degrees in engineering from MIT. He received his from Clark University and in 1964 began a long career of teaching and research at the University of California, Los Angeles. He is currently Professor Emeritus of Psychology, UCLA.

Mehrabian has written a whopping 20 books—including Silent Messages and Public Places and Private Spaces: The Psychology of Work, Play, and Living Environments.

In Public Places and Private Spaces, Mehrabian outlines a framework for understanding how everyday environments (including homes and workplaces) influence major behavior patterns such as socializing, work, eating, temptations to overeat, use of alcohol and reactions to stress.

Mehrabian is perhaps best known for his pioneering work on non-verbal communication (or body language). His theoretical work and experiments helped identify nonverbal and subtle cues in which people convey likes and dislikes, power and leadership, discomfort and insecurity, social attractiveness, persuasiveness, and ways to detect when others are deceptive in communication.

While those percentages have been much-discussed and questioned—for example, aren’t the words “No Smoking!” or “The building is one fire!” 100 percent meaningful?—the importance of the concept remains.

Mehrabian’s findings and the theory resulting from them are particularly useful in explaining the importance of understanding meaning in communications as distinct from words alone.

That applies to contract negotiations and contract governance.

I don’t see how negotiating any contract, much less a Vested agreement, via email, letter or telephone could possibly work. At some point in the process the parties must sit down together, look each other in the eye and take the measure of their seriousness, their aspirations and their intentions. That strikes me as potentially a very emotional and telling moment in the relationship, where recognizing body language and facial expression is essential.

That’s why communication and leadership trainers and political campaign managers have come to rely on Mehrabian’s findings. If you are entrusting a service provider to run part of your operation – it only makes sense you’d want to have a face-to-face personal connection at very senior levels in both the buying and selling organizations.  Unfortunately, I find all too often that large outsourcing deals are delegated to people well below the magnitude of what they are negotiating.

Communication is a hallmark of a Vested governance framework, which calls for regular and frequent team meetings throughout the life of the Vested agreement. The ability to look beyond the numbers on the page or the screen and read the body language of your partners could be the difference between success and failure. This is why I advocate regular meetings throughout the life of the agreement at multiple levels in the organization, both to monitor implementation and day-to-day, progress, and to resolve issues before they become damaging problems. Face-to-face meetings also cement the idea of partnership, camaraderie and unity of purpose.

It occurs to me that Mehrabian’s tenets about body language, simplicity, communication and organization should be required reading for companies and service providers.  His insights are easily adaptable when crafting a Vested partnership – especially his seminal work on human and business communication.

Business relationships do differ from human relationships but businesses are in essence human enterprises and I believe the lessons we learn from the thinkers like Mehrabian on workplace interactions buttress the Vested model significantly.

Vested thinking applies the best qualities of human relationships—collaboration, trust, flexibility, honesty, innovation and open communication—to the outsource relationship. It also puts the worst of human/business interactions “on the couch” by identifying the common ailments that disrupt or derail outsource deals and then resolving them.