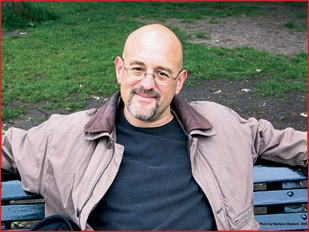 Business relationships obviously are based on economic assumptions and expectations, but they are also based on the human perceptions and biases we bring to the table. And that’s where we can go wrong.

Daniel Gilbert, a Harvard professor of psychology, is a social psychologist who focuses on the nature of perception, belief, forecasting and cognitive biases on our lives.

Gilbert challenges the common wisdom that people will be miserable if they don’t get what they want. His findings?  People have a “psychological immune system” that lets them feel happy even when things don’t go as planned.

In his  (2006), Gilbert observes that people imagine the future poorly, in particular , they are inaccurate about estimating what will make them happy, or successful or rich or whatever.

He argues that imagination fails in various ways – especially when it comes to predicting the impact of success  or failure. Gilbert calls this concept the “psychological immune system” because it allows us to adjust to events by making bad things feel not as bad as when they were first imagined.

Gilbert humorously gives an analogy of how his concept works with assistant professors that did not get tenure. In his research, Gilbert asked assistant professors who were being evaluated for tenure how they would feel six months after they found out if they had or had not received tenure. Unsurprisingly, the professors predicted that they would be happier if they got tenure than if they did not. Now here is the twist – and the heart of his research. In follow-up surveys six months after the tenure decision professors didn’t report feeling any happier if they had received tenure than if they had been denied tenure. They adjusted and got on with their lives. Thus the professors exhibited a psychological immune system because even what appeared to be a devastating blow to their careers did not have a huge effect on their life satisfaction.

Entertaining and articulate, Gilbert concludes that “happiness can be synthesized.” He suggests that “synthetic happiness is every bit as real and enduring as the kind of happiness you stumble upon when you get exactly what you were aiming for.”

The lesson for the outsourcing arena is twofold.

First, companies should embrace the concept of contracts as flexible frameworks and build relationships with suppliers that can rise to the occasion of looking at adversity squarely and making the best of it in a fair manner. Old school thinking is to shift risk. Today’s businesses should realize that “business happens;” they should focus their energy on adapting to situations as they develop rather than trying to shift blame and risk to the other party just because their lawyers were better than their counterparts at the negotiating table.

Second, suppliers need not be afraid of failure or innovation. There are (and always will be) elements that color and impact success or failure in the business and outsourcing world.

I submit that Vested Outsourcing creates sound governance conditions through collaboration and communication that result in realistic and flexible expectations and Desired Outcomes based on understanding the business and avoiding false perceptions or biases—which by the way are nicely summarized by the 10 Ailments.