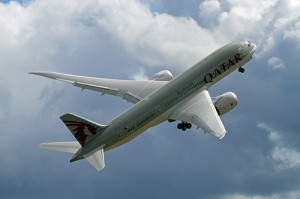 A report in a recent Sunday Seattle Times reported Boeing faces an indefinite grounding of the Dreamliner – its newest jet—because of a battery fire on a 787 in Boston and the smoldering of another battery on a flight in Japan a week later. The article quoted anonymous Boeing engineers who are blaming the company’s outsourced supply chain, claiming “poor quality components are coming from subcontractors that have operated largely out of Boeing’s view.”

In fairness to Boeing, some of this has the flavor of sour grapes from its employees: The battery and its monitoring system were made in Japan, and all the connector pieces were integrated by the French company Thales, so blaming outsourcing for that and other electrical system problems is an easily anticipated and reflexive response among the company’s Puget Sound-area workers and observers. Note that Boeing has never made batteries in-house, and electrical systems on all its jets are sourced from outside suppliers. For the 787 the outsource structure was different.

But my beef is not with justifying or criticizing Boeing’s outsourcing efforts.  It is more about challenging the company – and others – to rethink HOW they outsource.

The Times report quotes Christopher Tang, professor of business administration at UCLA’s Anderson School of Management. “With a brand new design and so many parts and so many players, it’s a major challenge,” he continued. “Can the management team trace all the way down the tree to every single supplier and unit? That’s really difficult.”

Difficult yes; impossible no. A Vested approach most likely could have helped Boeing. A good case in point is in how the company is approaching governance. The article cites lack of “oversight.”  Hmmm…..does Boeing think standing over their suppliers and micromanaging them will improve the situation?  I’d debate that and encourage them to put in a Vested approach that carefully follows Vested Rule 5 – Insight vs. Oversight Governance structure.  Isn’t that what Boeing really needs—insight and governance framework to help manage its complex supplier relationships better?

Blaming outsourcing is too facile an excuse. In fact it’s wrong. Especially when the blaming comes from disgruntled employees.