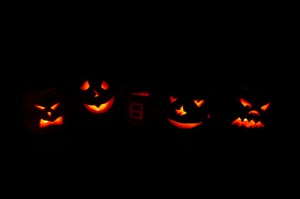 It’s Halloween. Time for kids to dress up and go trick or treating. Last year Austin (then age 7) went as an artist. This year he insisted he wanted to be an artist again. I was trying to negotiate with him to “be” something more fun (or scary) this year and to “change things up.” But more on that later.

As I was negotiating with him to get him to think about a different costume, I began to connect dressing up with classical negotiation behaviors and gamesmanship.

Halloween, it seems to me, embodies traditional negotiation tactics: dressing up to present a false front as part of a plan to get your way. For instance, how often do negotiators disguise their authentic self, and hide their real intentions while presenting false or “cooked” information that distorts the truth behind a mask? And isn’t Halloween all about “scare” tactics and threats to get to the prize (candy)? All in fun of course, but still…

Several questions came to mind, like why is it “Trick or Treat?” Shouldn’t it really be “Treat or Trick?”  If you don’t treat me (or give me a treat I like), then I’ll trick you. The traditional saying starts out as a threat, so it’s more aggressive and muscular. Actually both sayings embody a one-sided approach to contracting for an exchange of candy, or suffering the consequences! The negotiation at the door is also a kind of collaboration, because all of the parties are in on the game.

So Halloween is a fun take on getting what you negotiate: Trick? Or Treat?

By the way, as we were negotiating about his costume, Austin said, “Mom, why would I want to be something I am not…I AM an artist. So that is what I am going to dress up as!”

Wow! Now that’s impressive…an eight-year old realizing the importance of being his authentic self. And I am sure tonight he will get just as many treats as all of those witches, monsters, and other scary things that are going bump in the night, knocking on doors and negotiating for candy.