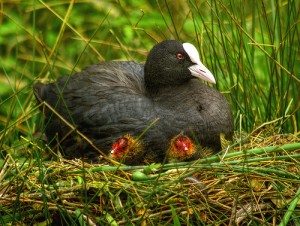 There’s a short quote about creating value—along with a cute cartoon—that’s gone viral on the internet.

The quote was posted on the American Kopimism Facebook page last August and attributed to Don Davis, founder of Syn-Aud-Con. (For those wondering what Kopimisim is, it’s the “philosophical belief that all information should be freely distributed and unrestricted. This philosophy encourages piracy of all types of media including music, movies, TV shows, and software.” Apparently it is a group of wacky file-sharers who are religious about copying information. I think that’s all that needs to be said about it.)

I found the quote itself worthy of some thought and Vested perspective as it applies to creating and expanding value, a topic that Jeanette Nyden, David Frydlinger and I have thought a lot about as we finish up work on our Getting to We book project. The book will be published this year by Palgrave Macmillan.

My take is the quote is fine as far it goes, simple and pithy, but from my perspective it’s incomplete and does not account for the nuances of value creation when it’s broken down. For example:

Non-Value Added Transaction – I met a man with a dollar. We exchanged dollars and we each still have a dollar. We each got a fair deal, but who cares because neither one of us are better off. Actually, we wasted our time even doing business together.

Value exchange – I met a man with an idea. We exchanged ideas and now we both have two ideas.  It was fun – but I now have two ideas and don’t know what do with them as neither of us have the money to implement them.

Value-Creating Transaction – I had an idea but needed money to get it off the ground. I met a man with a dollar and gave him my idea for the dollar. Now I have a dollar, but he was able to make $10. Now that deal does not seem very fair.

Value-Creating Transaction, Part 2 – I met a man with an idea. We exchanged ideas because we were each better equipped to do something productive with the other person’s idea. We were each able to take the other person’s idea and make $10 each. It was a good deal for both of us and we are both winners. But the only way this would work is because neither one of us needed a dollar to get our idea off the ground.

Shared value creation – I had an idea but did not know what to do with it. I met a man who had a dollar, which could help me get my idea off the ground. We formed a partnership and together have created a very successful business and we are both prosperous. It was a good deal for both of us and we are both winners.

You can see that there’s more to value creation than the six simple sentences of the original quote. It takes a Vested relationship where the parties both know what to do with an idea and how to work together so that real value is created, expanded and fairly distributed.