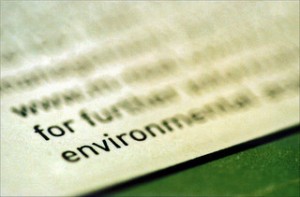 There are times when I read an article or news story and scratch my head and say, “Really?” That thought occurred to me in spades as I read about Unocal’s horrible experience from outsourcing litigation portfolio using a reverse auction process. The fiasco is described in an article by Ashley Post in InsideCounsel Magazine.

Now I am not against outsourcing some aspects of legal. It’s been done for years. Isn’t that what outside counsel is all about? And I have seen it done very well. So I am not surprised that the Unocal in-house legal team wanted to find creative ways to cut costs in the oil company’s legal department. One of the big legal expenses at Unocal was environmental litigation: at the time, the article relates, “an average Unocal environmental case took three years to resolve, cost $500,000 in legal fees and typically settled for $1 million or more.”

But in reading the Unocal saga, There’s no surprise as to why it failed miserably. Here are the highlights.

First, Unocal decided to do a reverse auction. You read that right – a reverse auction for litigation portfolio management of environmental lawsuits. Unocal approached eLawForum to manage a reverse auction and find a law firm to handle Unocal’s environmental litigation for a fixed-fee that would amount to a fraction of its spend. eLawForum hosted a competitive reverse-auction online-bidding session among prospective law firms, and following eight rounds of bidding, Unocal chose the law firm Howrey in August 2004 to handle 200 of its environmental cases for a fixed fee of $15 million under a five-year agreement. Unocal also agreed to pay a total of $6.9 million to eLawForum for its services in quarterly installments.

What went wrong?  For one thing, Unocal was apparently blinded by its general counsel’s estimate of huge savings—about $160 million—in legal fees and resolution costs under the arrangement. That was probably a bit ambitious.

At that point Unocal had paid eLawForum two installments totaling $4.6 million. But once its contract with Howrey ended, Unocal said eLawForum wasn’t entitled to further payments because it had not realized any further savings through the relationship eLawForum had arranged with Howrey. Unocal also argued that based upon the work that Howrey had so far completed, eLawForum had only earned $3.1 million, so it wanted eLawForum to refund the difference. eLawForum countered that Unocal still owed it for the full $6.9 million installment amount as outlined in the contract because it was a fixed amount. Howrey subsequently went defunct. Lawsuits ensued.

After a long legal battle, the D.C. Circuit Court of Appeals in August found that the contract’s meaning was clear and that Unocal owed the full $6.9 million.

There are several lessons here. Somewhere along the way due diligence was lost, or downplayed. Reverse auctioning something like legal portfolio management. Seriously? Shame on Unocal for thinking that was smart and shame on Howrey for bidding on value-add brainpower work in a variable environment using an reverse auction. Service providers need to start telling their potential clients they are stupid rather than chase the top line.

Another lesson is that a transactional focus to achieve huge savings under a fixed-cost contract can easily backfire, especially with something as complicated and multi-dimensional as environmental litigation. Unocal’s desired outcome was one-sided and based purely on cost reduction; its contract with eLawForum did not have a shared vision of what real win-win success would look like.

Next there was a lack of clear communication and trust, and the nature of the contract meant that it lacked the flexibility to adjust to changed business circumstances.

Instead of creating and sharing value together, and collaborating to solve problems—the Vested way—the parties wound up spending years in court, with a law firm out of business and Unocal holding the bag for about $7 million. Lots of money was spent – mostly going to more lawyers rather than creating value by for Unocal by finding the Pony.

The good news? Maybe this will teach some of the risk-shifting lawyers out there that over-commoditizing value-added work and shifting risk under poorly structured transaction-based approaches is a recipe for disaster.