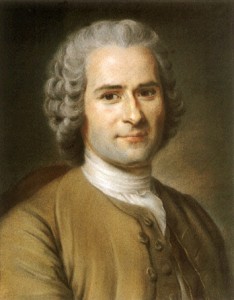 You probably haven’t thought much about the philosopher Jean-Jacques Rousseau and his “Discourse on the Origin and Basis of Inequality Among Men,” lately, nor have I.

It’s understandable. For one thing Rousseau wrote his essay in 1775; for another, he does not immediately spring to mind when considering Vested, collaboration and outsourcing.

But thanks to Andrew Downard, managing director at Australia’s AD Supply Group, it turns out Rousseau is entirely relevant to the collaboration discussion.

In a recent blog piece, Downward talks about the “evidence that suggests far more organizations should be seeking collaborative relationships with their suppliers, rather than the obligatory ‘arms-length,’ low trust, on-line auction and adversarial approach that is the mainstay of many purchasing organizations.”

Downard writes: “Rousseau illustrated his idea by telling the story of two hunters, alone they might secure a hare, but by collaborating, they can capture a stag. A hare is a meager meal for one person – a stag is a feast for two families. Similar to the better known concept ‘the prisoner’s dilemma’ the hunters are faced with the opportunity to secure the hare versus an uncertain option to gain a stag.”

It’s a a powerful story of trust and working together that hundreds of years later was proven by the Nash equilibrium—or “playing nice together” provides the best results for everyone.

Downard suggests this process on how to proceed with this insight: “Firstly, identify the significant few partners with whom it makes sense to collaborate. Sit down with them with a problem solving focus and decide how you can increase the opportunities for both businesses (catch a stag!). This might not be in the traditional areas of sourcing and supply of goods or services – it might be in collaborating on other projects, or providing referrals to other customers. Whatever the result, the process will work to improve the relationship and make the existing business more productive and valuable to both parties.”

He adds that this kind of thinking can also work with the companies with whom you don’t choose to collaborate. “If nothing else, by being more trustworthy in your dealings with them you will see benefits… By approaching the relationship in this way you will be able to identify those partners who reciprocate in kind, which will be a signal that you can be more trusting in your dealings with them. Nothing in the model put forward here suggests you need to be a ‘patsy’ in your dealing with others.”

A basic Vested message, and one that Downard also stresses, is that collaboration and trust are competitive advantages.