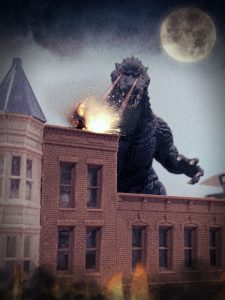 I wanted to share a few thoughts – or afterthoughts – after my previous blog that revisited the Gorilla and the Elephant. As I noted, many organizations can relate to and “see” gorillas and elephants in the midst of their own deals.

Someone responded on this idea of gorillas and elephants, saying it was a real eye-opener, but then added, “My brand clients are Gorillas, well, that would be a nice thing to say, they are more like Godzillas!”

That’s quite an admission and a new level of difficulty: it is not “just” an 800-pound Gorilla, but Godzilla! I mean good luck in dealing with an organization that destroys everything in its path not only because it can, but because it wants to and knows of no other way to act!