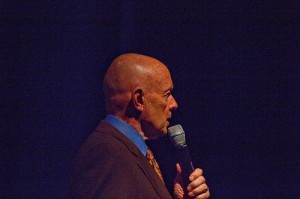 As the year winds down I want to pay tribute to someone, who whether you realize it or not probably had a major influence on your life at some point both in personal and professional terms.

Stephen Covey—the educator, speaker and businessman, and the author in 1989 of the seminal The Seven Habits of Highly Effective People—passed away in July. His death at age 79 was due to complications from a bicycle fall April, when he lost control on a steep road.

Covey did something really innovative—he ignored trends and pop psychology in favor of pushing for proven principles of fairness, integrity, honesty, and human dignity. That approach touched such a universally popular chord that his book has sold more than 25 million copies since its publication.

I’ve written about Covey here on two occasions, once in 2011 in connection with trust and stewardship delegation, and two years ago in connection with a term he coined in Seven Habits, “abundance mentality.” He said abundance mentality is “the paradigm that there is plenty out there and enough to spare for everybody. It results in sharing of prestige, of recognition, of profits, of decision making. It opens possibilities, options, alternatives and creativity.”

Sharing and collaboration to create and expand value, and to unleash the creative potential of a partnership are basic Vested tenets that Covey expressed so well.

Looking at the Seven Habits list today, I’m struck again by how vibrant and apt they are for the Vested mindset, with their insights on both self-mastery and interdependence:

When I talk about Vested’s desired outcomes, that’s basically Habits 2 and 3. Then there’s Habit 4, win-win. Covey may not have coined this term, but he certainly popularized and explained it for the masses.

As you know, getting past self-interest to collaborate for the win-win is a Vested mantra. It’s also something that Covey described eloquently when he wrote win-win is “a character-based code for human interaction and collaboration.

“Most of us learn to base our self-worth on comparisons and competition. We think about succeeding in terms of someone else failing–that is, if I win, you lose; or if you win, I lose. Life becomes a zero-sum game. There is only so much pie to go around, and if you get a big piece, there is less for me; it’s not fair, and I’m going to make sure you don’t get anymore. We all play the game, but how much fun is it really?

“Win-win sees life as a cooperative arena, not a competitive one. Win-win is a frame of mind and heart that constantly seeks mutual benefit in all human interactions. Win-win means agreements or solutions are mutually beneficial and satisfying. We both get to eat the pie, and it tastes pretty darn good!”

Thank you Mr. Covey; we owe you a huge debt.