Almost seven years ago I wrote what would become one of the most popular blogs on the www.vestedway.com website – The Gorilla vs the Elephant. It is still very relevant today as I teach and speak to students and audiences around the world. That’s because it seems 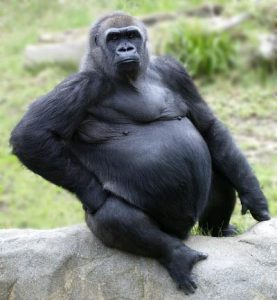 To summarize…a gorilla usually gets what it wants, or thinks it wants because, well, it’s a gorilla; but the process of gorilla-hood means a lot of things in the way get destroyed.

Sooner or later if you are in involved in negotiating a supplier contract you’ll probably deal with the big company, the proverbial 800-pound gorilla, that fancies itself a “market leader” that can use its size to bully its way to the most advantageous contract.

There’s what I often call a ‘theory of relativity’ in sourcing. No, I’m not going all Einstein on you by trying to relate outsourcing to gravitational fields, the speed of light and the space-time continuum. I’m thinking about relativity more in terms of the muscular gorilla-type relationships that can develop over time in outsourcing and how ‘what goes up must come down’ and how ‘what goes around comes around.’

Vested is all about avoiding the toxic conditions created by the 800-pound gorilla. A Vested approach thinks beyond the short-term bottom line, beyond immediate gratification at the expense of those you’re working with.

The danger of being ‘penny wise and pound foolish’ (a typical gorilla tactic as described in Vested’s Ailment 1) and browbeating your suppliers to get the cheapest possible deal is that tradeoffs result in terms of lower service and quality. 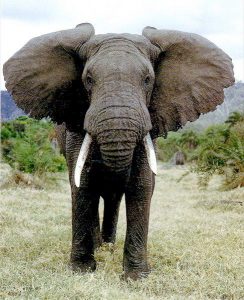 And this is where the elephant comes in. That’s because those whipsawed suppliers—like elephants—are not likely to forget their treatment at the hands of the 800-pound gorillas they come across. Suppliers never forget. They not only will try to make up for the profits and margins they lose at the hands of the gorillas, they likely will try provide a cushion to make up for future profits they know they will likely loose when the power shifts again, as it inevitably does.

In my first book, Vested Outsourcing: Five Rules That Will Transform Outsourcing, I talk about a company that rebid its transportation services every three months, churning through nearly all of the top 20 suppliers over a five-year period. Subsequently it was forced to work with suppliers of lesser quality. What happened next was predictable: The company had several truckloads of its products drive off, never to be seen again.

Companies acting in this fashion give sourcing a bad name. Their myopia might pay off over the short term, but I’ve seen time and again that it does not pay-off for the long haul or for the health and stability of the bottom line. It produces shifts in power and relationships that create even more instability, bad feelings and an inability to collaborate.