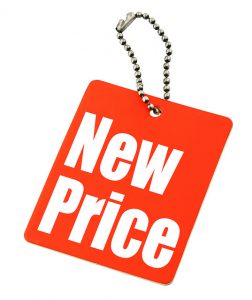 Many procurement organizations don’t realize they are in a virtual death spiral when it comes to cost-cutting.

Procurement organizations that constantly demand lower and lower costs (often having a metric known as Purchase Price Variance) often find themselves in a painful death spiral with the companies’ supplier relationships.

When a company gets in a tit-for-tat clash with the supplier over price reductions the results are almost always less than ideal. It’s called the death spiral because once the cycle starts it is hard to stop and often ends with an incumbent supplier losing the work to a competitor during the next bid cycle. But what happens when the new supplier wins the work and sees the same pattern unfold?

Face it, suppliers are only willing to reduce their margin so much without making hard choices to recoup their profitability (reducing service levels, replacing the A team with a cheaper C team, eliminating value-added services that are not paid for, driving change orders for work out of scope). Almost always these choices are not ideal for the buying organization.

And now face an even more daunting fact. In some cases, costs can only go so low. Think about a service industry such as janitorial services where the majority of the supplier’s cost is labor. You can’t really pay the employees less than minimum wage and the majority of the costs are wages!

So what to do?  Quit squabbling over price reductions and instead create trusting and transparent Vested relationships where strategic suppliers are incentivized with win-win economics to invest in continuous improvement and innovation aimed at reducing the cost structures.