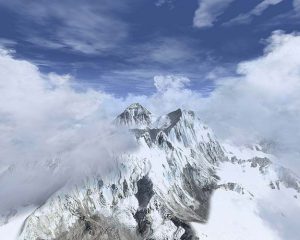 April marks the beginning of the season for climbers to tackle the biggest of all climbs – a Mt. Everest expedition.

The Himalayan Times reported the first batch of climbers for the 2017 climb starting on March 27th. It is predicted that more than 500 foreign climbers are expected to attempt to scale the world’s highest peak from Nepal side this season.

In 2014, I addressed the goal of scaling Mt. Everest in a post because it’s something that requires skill, preparation, collaboration (especially with your Sherpas) and an amazing amount of trust and courage: it’s not something that just anyone can do alone!

I use the analogy of Mt. Everest in my speeches and teaching for two reasons:

First, organizations need to think clearly about buying into the future: setting your shared vision and Desired Outcomes is akin to being at the bottom of the mountain and looking up.

And, second, for the vast majority of climbers, you won’t get to the top without a Sherpa. According to data from the Everest by the Numbers: 2017 Edition, there have been 7,646 total summits by 4,469 different climbers, but only two people have done it solo. (And an average of 4.8 people have died each year on Everest since it was first attempted in 1921.)

So, the allure of Everest is palpable but also risky – much like a business venture that is a good idea but maybe not very well-planned and lacking the right people in place to make happen.

Make sure you have the Sherpas you need to make the vision reality.