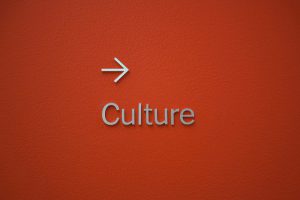 Most companies stress the importance of their culture as a key to their success. Are these mere feel good words, or really real?

I thought about this as I read about Bobby Herrera, CEO of Populus Group, in a “leader profile” blog post by Patrick Lencioni, founder of The Table Group.

Lencioni examined the factors that make the Populus Group’s culture special. Herrera and his team of “climbers” (employees) have built a company culture based on values that they actually live. Lencioni writes that for Herrera And it starts at the top.

Lencioni sums up the problem with how companies think about cultural in this excellent blog.  “For far too many CEOs during the past few decades, culture has been a project to delegate to someone in human resources. Inevitably, it came to be seen by employees as something cosmetic and artificial, having little to do with how customers were treated and employees went about their day-to-day jobs. Bobby never bought into that kind of culture, knowing that if he personally doesn’t live, breathe and lead the culture, it won’t stick.”

The fun thing is seeing the Populus Group culture in action, which I had the privilege to do when I keynoted their recent customer summit. Simply put, Herrera holds culture above all else, and that makes it easy for his climbers to follow suit. It was both easy and refreshing to see Herrera and all of the Populus Group climbers living their culture in the meeting and how they interacted with clients.

Lencioni rightly points out that culture starts with hiring, and at the Populus Group “technical skills take a back seat to behavior.” I agree. And it strikes me as a highly Vested approach because the stress is on attitude, ethics and behavior.