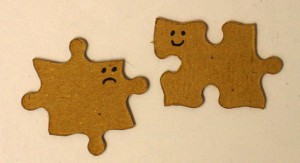 We often think companies can work around cultural differences with their partners—or prospective partners—in part because they may be overconfident, or in love with everything else about the deal they are negotiating.

But that’s almost always a short-sighted mistake, as outlined in a recent article in SupplyChain247, by John D. Hanson and Steven A. Melnyk, “How to Deal With Company Culture ‘Eating’ Your Supply Chain Strategy.”

“Too often, best-laid plans are nullified by company culture, a force that supply chain managers do not anticipate, and while culture is often cast as a source of inertia and un-thinking rejection of change, it plays an essential role in executing strategy,” they write.

They relate a story of a successful company that decided to outsource a major component to a supplier to keep costs under control. “Initially, the relationship worked well and costs fell. But as the relationship continued, tensions appeared.” Decisions were made by the supplier that were consistent with its commitment to cost management but “were at odds with the way that its customer competed in the marketplace.” Over time the relationship changed “until everything in the relationship was subject to evaluation and rules.” Eventually the relationship was terminated, leaving bitter feelings on both sides.

Simply put, companies that are not on the same strategic page face a tough task to align their cultures, and thus make the relationship work.

Culture and strategy are not natural enemies. Ultimately it’s a matter of trust; the Vested business model requires a high degree of trust and alignment to work effectively. Vested offers a valuable tool, the Compatibility and Trust Assessment ® (CaT), which evaluates the compatibility and trust levels between a buyer and supplier. It’s ideal for new relationships—an excellent way to determine the cultural fit of prospective partners.