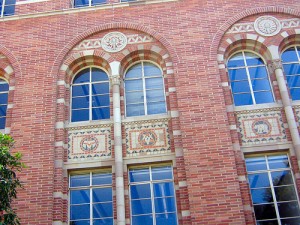 What happens when a behavioral ecologist uses a game theory exam to test his students’ proficiency at cheating? Even better, what happens when the same UCLA professor, Peter Nonacs, then confronts his students with a version of the Prisoner’s Dilemma to decide their final grades?

Both Nonacs and the students learned important lessons about Game Theory and the value of cooperation when he decided to, in effect, “flip the test”—in this case a Game Theory exam—away from the conventional win-lose mindset to achieving a win-win for the entire group.

If you are a student of Vested, you probably won’t be surprised to learn that this classroom approach to classic Game Theory once again validated a basic Vested tenet—that collaborating for a true win-win results in the best possible outcome for everyone involved.

Nonacs recounted his experiment in an article in Zocalo Public Square, “Why I Let My Students Cheat on Their Exam.” It was also republished in Popular Science.

Briefly, here’s what happened, as recounted by Nonacs: “A week before the test, I told my class that the Game Theory exam would be insanely hard—far harder than any that had established my rep as a hard prof. But as recompense, for this one time only, students could cheat.” They could do anything they wanted short of violating state or federal law to get the correct answer.

Nonacs continues: “Once the shock wore off, they got sophisticated. In [the] discussion section, they speculated, organized, and plotted.” They wondered about the test’s payoff matrix and whether cooperation would be rewarded or counter-productive. What size group would work better, and how much reciprocity would be required in order to share benefits?

“In short, the students spent the entire week living Game Theory. It transformed a class where many did not even speak to each other into a coherent whole focused on a single task—beating their crazy professor’s nefarious scheme.”

Ah yes, my take is that Nonacs is definitely not crazy, but rather sly like a fox.

There was single question for the students to answer on the day of the hour-long test: “If evolution through natural selection is a game, what are the players, teams, rules, objectives, and outcomes?” Wow, a real toughie!

But what happened next was remarkable—in Vested parlance the vast majority of the class got organized, divided tasks and…pulled together on the same end of the rope. Eventually the majority decided to share one set of answers; individuals took turns writing paragraphs, and they all signed an author sheet to share the common grade. Only three of the 27 students opted out.

“In the end, the students learned what social insects like ants and termites have known for hundreds of millions of years,” Nonacs said. “To win at some games, cooperation is better than competition. Unity that arises through a diversity of opinion is stronger than any solitary competitor.”

But that was not the end of the lesson, though it could have been. Nonacs added this sly twist: two days after the test was graded but not as yet returned, he gave the students two options. “Option A: They could get the test back and have it count toward their final grade. Option B: I would—sight unseen—shred the entire test. Poof, the grade would disappear as if it had never happened. But Option B meant they would never see their results; they would never know if their answers were correct.”

The students had to make their decision immediately—they chose unanimously to keep the test. “Once again, the unity that arose through a diversity of opinion was right.”

So is the takeaway here that cheating is good? Well, no; by conventional test-taking standards they did cheat, but is it really “cheating” if the professor says you can?

What really happened was that the students changed their mindset from getting a better grade than their classmates (win-lose transaction) to working together to get the best answer (win-win outcome).

They lived Game Theory and Vested for a week but learned a life-long lesson: the value of what’s-in-it-for-we!