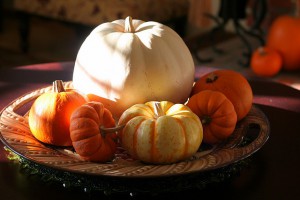 On this Thanksgiving I’m thinking about the Vested movement and thanking all those who have brought us here in five short years, starting with one slim book based on solid research and a great idea.

Movements are not necessarily easy to foster or even recognize. In my talks and classes I describe Vested as a business model, methodology and movement that enables true win-win partnerships in which the parties are committed to creating and sharing value together. That’s what a movement does – it builds upon itself and achieves increasing momentum as the value of the idea, and its real-world success, becomes more apparent each day.

But a movement also takes a leap of faith—actually many leaps!—to become real and lasting. Perhaps the thought of Vested as a movement is not top of mind for you. But for those in the trenches every day trying to change the way their organizations approach strategic business relationships, they are spreading the Vested example and helping to build a movement.

Seth Godin, in a recent post, talks about a three-step marketing ladder, which consists of awareness, education and action. “Natural actions happen more often than ones that require a leap,” he notes.

Then he adds that “most people aren’t going to act, but if you treat them well, they might just tell their friends.”

We are definitely seeing this last point being manifested as we see the Vested movement spread. So I want to take a moment to thank everyone who has joined the Vested movement and spent many hours on Vested when others thought we were maybe a little “out there.” You are both the “first followers” and the leaders in your respective parts of the world or fields or organizations — you are the ones who are spreading the Vested movement!

Today there is a lot to be thankful for – Happy Thanksgiving!