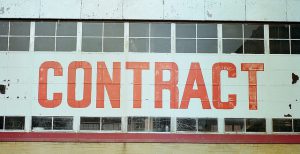 This is the time of year when lists abound, usually featuring the numbers 7 or 10: The ten best articles of the previous year, the top seven trends that will shape the future of the coming year – it’s a time-honored tradition that has only become more prevalent in the internet age. Lists are also great blog fodder.

Yes, I look at the lists, usually with a grain of salt and a certain degree of amusement, or alarm, as the case may be. This year’s lists have much in common – centering as many do on topics such as globalization, Brexit and the impact of Donald Trump on trade, logistics and supply chain economics.

How seriously the listings are taken is a matter of choice. New Year crystal balls are notoriously unreliable. So while this is blog is about a list, it’s more of a commentary on the state of lists.

Contractlogix’ “Top 10 Best Practices for CLM” is a worthy effort:

The ten best practices addressed in the white paper focus on the core components of contract management:

“Once these practices have been implemented, your company will be able to avoid many of the typical pitfalls that occur with contract management, such as missed contract deadlines, failure of an audit, or version control problems.”

No. 6 on the list strikes me as a bit problematic – “automate your approval process.” Contracting is not a robotic, plug and play process; each contract has its own dynamic. So, automation as a best practice falls short in my view. It’s great for the simpler contracts that fall along the sourcing continuum (basic and approved suppliers), but I definitely don’t recommend it for more strategic relational contracts such as Performance-Based and Vested agreements.

Finally, “encouraging collaboration throughout your company” is great as far as it goes – but I have a couple of quibbles – why not also stress collaboration with your contracting partners?

And why is collaboration No. 9 on the list anyway? It should be No. 1!