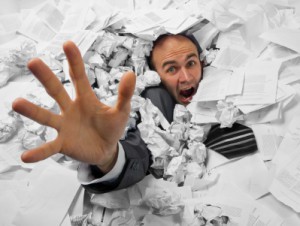 I’m giggling a little as I write this.

I just signed off on one of the latest articles my team and I are writing. Its title now files under “When you Build Fatal Flaws into a Contract, Don’t Be Surprised If Your Contract is Fatally Flawed FINALv4.doc.” It’s the “FINALv4” part that I find funny. Each time I, or my co-authors, make changes to a file, we change the version number and send it to one another for review.

Rarely are we satisfied with the “FINAL” version. Some of the chapters in our books have not quite reached three digits behind the FINAL designation. But, we’ve come close.

Vested© agreements are like this as well. I’ve come to learn that the word FINAL really means UNTIL. UNTIL the next change. UNTIL some new technology opens a door we want to run through. UNTIL financial or monetary systems threaten our strategy. UNTIL a Black Swan moment is upon us and established priorities are no longer relevant.

Tightly written contracts can work against success if they inhibit the ability of businesses to adapt to evolving and highly complex market conditions. When it takes months of renegotiation to modify contract language, the moment of opportunity could be long gone.

Vested agreements are radically different. They are designed to accommodate continual change. When written correctly, there effectively is no “FINAL” contract. Terms and conditions are designed to be flexible in order to adapt to unexpected situations. Governance systems are in place to address circumstances that require creative, out of the ordinary resolutions. Measurement reporting allows for aberration and unique events.

In a Vested agreement, there is one element that is sacrosanct. That is the Statement of Intent, a section within the contract that documents the commitment the parties make to one another. Not about how many widgits are promised or the speed with which calls will be answered. Rather, the commitments follow jointly agreed behaviors that promote trust, transparency, and compatibility that are hallmarks of the relationship.

Under the Vested mindset, the relationship is most important. A Vested approach sets the tone of the partnership – and the relationship and partnership itself provides the impetus behind all progress. Vested’s Five Rules are important because they establish the rules of engagement in how the parties will operate in their relationship. Goals can change. Reimbursement and incentives can change.  How to get things done is expected to change.

Miriam Webster may not agree with us, but our Vested virtual ecosystem is happy with our revised definition of FINAL. And that’s the final word on the subject—at least until one my team sends this back to me marked FINALv2!

Image: Businessman sinking in heap of documents by Lewis Kelly1 via Flickr cc