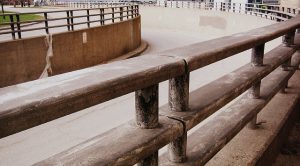 Most everyone would agree with the adage that knowledge is power, but what about sharing that knowledge? Some might argue that in the context of a contract negotiation, for example, knowledge provides a competitive advantage—so why share it?

I would argue just the opposite. . Briefly put, sharing knowledge creates a dynamic of transparency, trust and collaboration that increases the power of the relationship exponentially.

For example, let’s look at the negotiations concept known as a BATNA, or best alternative to a negotiated agreement. Rather than hold back their BATNA, what if the negotiating parties shared guardrails upfront on why they wouldn’t do business, and try to create value rather than simply trying to exchange value—or even worse, extract value?

A guardrail is defined as an agreement boundary or structured parameter that can block the parties from developing a formalized contract or agreement. In terms of conventional negotiating tactics, think of a guardrail as your BATNA or your “walk-away.”

Classic negotiation training teaches to never reveal your BATNA, as it is an indicator of weakness and allows the “the other guy” to take advantage of you. Revealing your BATNA is akin to leaving money on the table.

But if you are serious about forging a win-win relationship designed to last, , rather than have them bite you and the deal in the latter stages of the negotiation. Actually, contemporary thinking goes one step further when negotiating with strategic partners, suggesting it’s not enough to simply identify the guardrails. Rather, there is a significant advantage to sharing your guardrails with the party you are negotiating with.

The concept of introducing guardrails at the beginning of a negotiation was first introduced in The Vested Outsourcing Manual. Revealing your guardrails – or BATNA – is essential when negotiating strategic deals where establishing trust and transparency are key to laying the foundation for a strategic, long-term relationship.

Revealing your BATNA has these advantages: