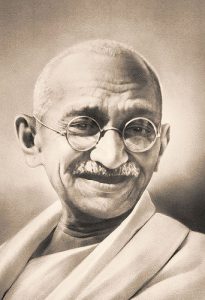 “First, they ignore you, then they laugh at you, then they fight you, then you win.” The quote is attributed to Mahatma Gandhi, and I wanted to share it because I believe it is relevant to the Vested business model, and the way negotiations should go in a non-violent/nonconfrontational environment.

The “ignore” part is the most difficult to deal with – because getting traction with a new idea or approach, such as Vested – is often a major hurdle. Then the new approach might be dismissed (or laughed at) or simply rejected outright (opposed).

But the lesson is that instilling !