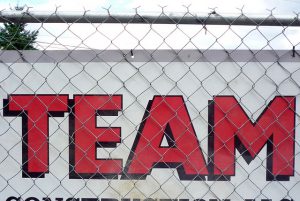 It’s important that the norms embodied in the “what’s in it for we?” contract negotiation process be firmly embedded throughout the organization, or else new and existing relationships will struggle. Everyone should be on the same page with the implementation of contracts, and with how they interact with each other. Team tug- of-war competitions might fun for the company picnic, but not for the company.

There are six relationship principles described in the book, Getting to We, both in negotiating the relationship and in the subsequent operation of the partnership. The WIIFWe mindset, which is fundamental to a Vested relationship, dictates that agreement partners mutually agree to act according to the following set of six guiding principles that include reciprocity, autonomy, honesty, loyalty, equity and integrity.

Team members should also abide by the same social norms. In other words,

Susan M. Heathfield, in an article for thebalancecareers.com website, says cohesive teams are the result of group norms and relationship guidelines.

Her list of sample team norms that teams should commit to include:

It’s a long list, and many points are pretty obvious but my take is that following the six Vested guiding principles puts your teams on the path to accomplish them.

If you don’t set positive social norms, people won’t necessarily follow them, so the group will then revert to the lowest common denominator in behavior.