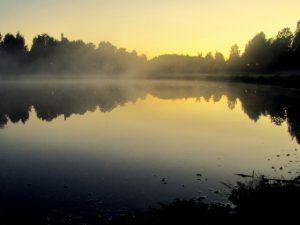 It seems a given that starting just about anything new – a new job, a project, a mental outlook – requires vision and passion. But like the practice of listing New Year’s resolutions, vision and passion are easier said than done.

Achieving those BHAGs requires the right mix of vision plus passion. Amazing things can happen when those qualities are in play. If not, well…

Lord Kelvin – a mathematical physicist – famously said at the dawn of the aviation revolution (circa 1896) that “heavier-than-air flying machines are impossible.” He had the passion, but not the vision, or at least a misguided one that the Wright brothers thankfully ignored with their combined vision and passion.

“Who the hell wants to hear actors talk? The music — that’s the big plus about this,” said Harold “Harry” Morris Warner, one of the founders of Warner Bros., at the dawn of the “talkie” revolution. Another clear case of passion without vision!

And at the dawn of the computer age, Thomas J. Watson Jr. of IBM is said to have opined (in 1943) that, “I think there is a world market for about five computers.” While this was taken somewhat out of context, mainly because computers in 1943 were as big as a house, the sentiment and lack of long-term vision is presented in one of the worst tech predictions of all time. Luckily IBM stayed the course and now we have multiple computers in our house and even in our pockets.

Geniuses with the vision, passion and resources to make great things happen are rare. But the great news is that

Image: Our potential to create…by Irmell Aro via Flickr CC