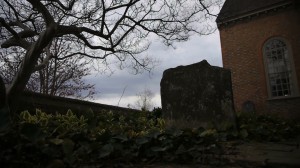 The Good Idea Graveyard is that sad place where all those good ideas go that somehow seem to get lost in the shuffle, not prioritized, or were never really understood in the first place.

Dr. Marla Gottschalk, an industrial/organizational psychologist, in a recent LinkedIn article Where Did Those Great Ideas Go?, reminded me of my own experiences with the Good Idea Graveyard.

I can personally testify I have seen how good ideas can vanish into thin air. In the mid-1990’s I was the Vice President/General Manager for a large outsource service provider. I was in charge of the Microsoft account – our firm’s largest client at the time. Each quarterly business review we would come up with good ideas we would share. These good ideas would typically slip away because of the Power of Not Doing within six months.

Of course, there would be action items. And then there would be follow-ups. But at some point after a bout of email ping-pong, a Junkyard Dog typically emerged claiming things like:

Of course, why would I volunteer to put up my firm’s capital as a service provider to get the good idea pushed through? We had an RFP coming up next year, and any investments made would come out of my P&L, and surely impact my bonus!

And then we’d go to the next QBR – starting the whole process again with the next good idea since the one we brought up last quarter seemed to go to the Good Idea Graveyard.

One day a VP from Microsoft asked, “Why can’t you guys just be more proactive and innovative?” Of course I started to push back—but avoided what would surely be a tit-for-tat discussion and self-justifications that we were indeed “innovative.”

I learned long ago that perception is reality, so I bit the bullet and replied in my southern drawl, “Golly gee, I seem to recall we’ve had a few good ideas – let me look into it” and bought time to come back with facts.

So I went back to my computer where I had filed all of those Quarterly Business Reviews, the ones where we consistently came up with a fabulous and “innovative” idea each quarter. And I spent the entire day retracing how these good ideas seemed to just vanish and crafted a presentation I coined “16 Big Ideas” that described how that over the course of our relationship my team had come up with 16 ideas that would have brought Microsoft over $1 million each in benefits.

Why did it take this moment of friction and a whole day of retracing good ideas in the Good Idea Graveyard to put the spotlight on the fact that really  good, innovative ideas were getting lost in the shuffle, ignored, or put on the back-burner?

Gottschalk says that “progress is just as much about managing the ideas we generate, than any other element in the dynamic. Many worthy ideas fail to become reality, because we fail to utilize a process robust enough to properly select and implement them effectively.”

Our work at the University of Tennessee on the Vested sourcing business model is right in line with Gottchalk’s. A “winning process” is needed. What Gottschalk describes in her article jibes very well with what we have written about as Element 8 of a Vested Agreement: establishing a Vested transformation management regime in your governance framework, as described in The Vested Outsourcing Manual.

During a Vested implementation or restructuring, both partners agree to invest in and co-create the processes that will embrace change, new ideas and innovation while transforming themselves into a different enterprise. Forming a Transformation Management team with simple yet powerful processes makes all the difference in the world. Transformation Management—coupled with the ability to focus efforts to attain mutually defined Desired Outcomes and a pricing model with incentives that rewards innovation and a culture of continuous improvement—is a winning combination that enables good ideas to live long and prosper!