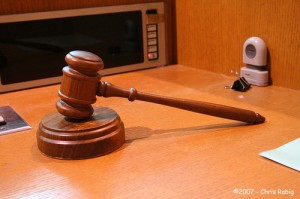 Those who know me or the Vested business model know the importance of Rule #1 – an Outcome vs. Transaction Based Business Model. Transaction-based business models create perverse incentives because they encourage an ailment I call the activity trap.

In my speeches and classes I use the example of a rat on a treadmill when I talk about transaction-based business models. Why?  Service providers typically charge a price per transaction (such as cost per hour/FTE, cost per call, cost per unit, etc.).

Legal services are a classic victim of the Activity Trap. I was not surprised to see the New York Times New York Times’ Dealbook article, “Suit Offers a Peek at the Practice of Inflating a Legal Bill” by Peter Lattman that highlighted a rather egregious example of “billable hours” gone bad.

The NYT story shared how the world’s largest law firm, DLA Piper, got caught in overbilling. Here is how the story goes. A mundane legal fee dispute took an interesting turn when an energy industry executive, Adam H. Victor, countersued DLA Piper after the law firm had sued Victor for $675,000 in unpaid legal fees involving a bankruptcy filing. Victor’s counterclaim accused the law firm of a “sweeping practice of overbilling.”

During the course of the case emails submitted as evidence strongly suggest that lawyers indeed were overbilling. One of the attorneys wrote to a colleague, “Churn that bill, baby!”

“You have some incredibly damning statements in these emails, basically acknowledgements from these lawyers at this firm that there were some shenanigans going on in the way they worked,” said Lattman.

Now to overbill is not only bad, it’s downright unethical.  But what was really frightening was not that the overbilling occurred, but that the practice was cheered on by some of the firm’s lawyers!

The American Public Media’s Marketplace Business picked up on the topic and featured a talk with Lattman about blatantly unapologetic efforts to inflate legal bills. Listen to an interview here.

This real life example gets to the heart of what is wrong with transaction-based business models. “Lawyers sometimes conflate their own financial interests with the interests of the client who pays the bills,” said William G. Ross, a law professor at Samford University’s Cumberland School of Law. “Of course, most lawyers are ethical, but the billable hour creates perverse incentives.” Lawyers make more money, but are they really serving their clients’ best interests, or simply ripping them off? In some cases it’s a temptation too difficult to resist.

Is a win-win at all apparent for anyone involved when this occurs? Of course the answer is no. That’s why many corporations increasingly try to avoid the billable hour system in favor of flat fees so that they will have more control over their legal expenses.

This unfortunate story tells me that the legal profession could use a strong dose of Vested and the Five Rules. For example, billable hours are essentially a transaction-based approach to doing business with the client– why not focus on outcomes, not transactions (Rule #1)? In many legal cases the law firm will get paid no matter the outcome, so why not agree on clearly defined and measurable outcomes (Rule #3) with incentives on pricing (Rule #4)?

Sorry for the flight of fancy! Adopting the Vested model by the legal profession would require a level of trust, collaboration and shared value thinking perhaps unheard of in that sector. It might even mean leaving money on the table! But a good place to start might just be at DLA Piper.