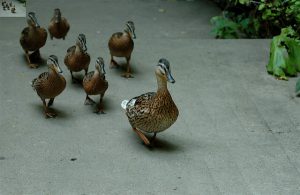 For some that have never worked in a highly collaborative, win-win relationship founded on transparency and trust, it can even be a leap of faith that is difficult to embrace fully.

Two Harvard Business School professors, John Kotter and Leonard Schlesinger, developed the “Six Change Approaches” as a model to prevent, decrease, or minimize resistance to change in organizations. The six approaches, described in a 2008 HBR article, “Choosing Strategies for Change,” are:

The Vested methodology is designed for organizations and individuals to work through the first five phases.

According to Kotter and Schlesinger, education is the first approach along the “change” continuum, and I wholeheartedly agree with that. In fact – all Vested journeys always start with an “Awareness” and “Education” phase.

Kotter and Schlesinger state the last two approaches take a tougher approach, especially when change is deemed necessary and is met with resistance. But if done properly Phase 4 naturally sets the stage that prevents the need for “manipulation and co-optation” or worse – explicit and implicit coercion.

In the Vested methodology, the “Statement of Intent” plays a vital role and is done as part of Kotter’s and Schlesinger’s Phase 4. This is where the parties formally agree to a shared vision and guiding principles/intended behaviors for the relationship. The Statement of Intent becomes the foundation for the future—setting the social norms for highly collaborative behaviors.

In Phase 5 the parties drive behavior change by constantly going back to the Statement of Intent, especially when an individual’s behavior is not consistent with the Statement of Intent. The goal is to “call out” inconsistent behavior to what is agreed upon. While Kotter and Schlesinger call it manipulation and co-optation — we tend to see that if done properly, it’s more about having the courage to “call out” individuals that violate the agreed upon Statement of Intent rather than “manipulation.”  Why?  We find that almost all individuals that are actively involved through Phase 4 and co-create a Statement of Intent are not purposefully resisting change, but rather they fall back on known behaviors of the past. Inconsistent behavior is often perceived as resisting change when in reality they formally agreed to the change when they were involved in the negotiation and agreement.

To drive positive change, I have found that almost always all that is needed is a simple reminder—or “call out”—the inconsistencies in behavior against the formal agreed upon Statement of Intent.

Simply put, if people are not willing to change after going to through phases 1-4, they MUST be called out. And repeated inconsistencies demand for, well, changing the people.