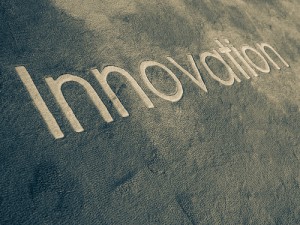 There’s a somewhat perverse side to innovation that Andy Zynga has touched upon in a Harvard Business Review blog post. Zynga, CEO of NineSigma International, put it this way: “It is a profound irony that the more you know about a particular industry, and the more experience you gain in it, the more difficult it can be to move it forward with truly meaningful innovation.”

The concept—also referred to as the “curse of knowledge”—is one of the most problematic of the “cognitive biases” identified by psychologists and behavioral economists. In short, people and organizations can become victims of what they know!

“Cognitive biases are very human and arise from our need to make sense of a situation before deciding on a course of action,” Zynga writes. “As we acquire, retain, and process relevant information, we filter it through the context of our own past experience, likes, and dislikes. Not surprisingly, with every subsequent challenge, our response is increasingly shaped by our knowledge of ‘how we’ve always done it.’”

Two such powerful cognitive bias I profiled in buyer-supplier relationships are the Junkyard Dog Factor and Measurement Minutiae. The Junkyard Dog Factor occurs in an outsourcing or business partnership where fear rules the day: employees hunker down and stake territorial claims to processes that “absolutely must” stay in-house. Measurement Minutiae is when companies try to measure everything, resulting in a blur of meaningless numbers and little context or insight—so innovation gets lost in a numbers game. Both promote the “I know my business – don’t mess with it mentality.”

A better approach is to openly and proactively challenge the status quo.

Striving to let go of preconceived notions, rethink them and to be open to developing new ideas – wherever they may come from – is a hallmark of innovation.

Zynga is also a fan of “open innovation” and adds the following advice in his HBR post. “By definition, it (open innovation) sources valuable ideas and inventions from outside the walls of an organization. That not only brings more brainpower to bear on a problem to be solved, it brings minds that are not constrained by industry conventions.”

P&G is a perfect example of taking innovation “outside the walls” of an organization. When A.G. Lafley became P&G’s CEO in 2000, innovation and a new approach to it became the watchwords. Questioning the sustainability of the “in-house-invent-it-ourselves” model, Lafley bet that looking beyond P&G’s walls could produce highly profitable innovations that would drive value for both P&G and the parties bringing innovation to P&G.

The thinking required rejection of a “not invented here” mindset. By 2003, P&G extended this thinking to how it worked with service providers. P&G believed that by working with world class outsource service providers it could drive costs lower and ensure service offerings remain on the leading edge of best practice and innovation.

P&G’s best example is how they work with Jones Lang LaSalle (JLL) – its real estate and facilities management service provider.  I profiled the story of this highly collaborative, value-sharing and Vested approach in Vested: How P&G, McDonald’s and Microsoft are Redefining Winning in Business Relationships.    JLL has won P&G’s prestigious Supplier of the Year award three times in the last 10 years, and its ability to innovate is a key reason.

That it seems to me is the essence of being open to ideas both inside and outside the executive suite, and it’s also the essence of a Vested partnership.

Here’s a short excerpt from the P&G/JLL case study “Vested For Success: How P&G and JLL Transformed Corporate Real Estate” :

“They understood winning needed to be a shared experience. Creating a true win-win mentality meant changing the rules of the game whereby P&G and JLL shared in the risks and the rewards associated with the transformation efforts. Instead of thinking about ‘What’s In It For Me’ (WIIFMe), the organizations adopted a ‘What’s In It For We’ (WIIFWe) approach. Starting with values and moving through day- to-day operation, P&G and JLL set out to achieve alignment to create a truly winning partnership.

“P&Gers like to think of this approach as pulling on a rope in the same direction. The traditional approach is to have a buyer and supplier on each end of a rope, with each party having a give-and-take as they negotiate. The P&G way of thinking is to have suppliers on the same side of the rope as P&G, with both parties pulling in the same direction to achieve P&G’s cost and service objectives.

“The result of having JLL and P&G sitting on the same side of the table yielded an outsourcing agreement that was designed for transformation and structured with enough flexibility to allow the companies to embrace whatever dynamic changes the business world throws their way.”