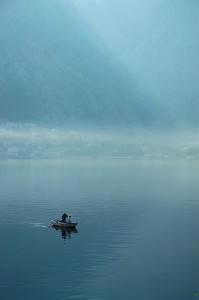 Paul V. Weinstein’s recent post on the HBR Blog Network underscores the importance of having a deal “champion” to guide companies to a successful and lasting result.

He invokes Greek mythology as an example: Charon, the ferryman who guides souls across the river Styx to the Underworld. Those who do not use his services are forced to wander the shores—lost for a hundred years.

“Dealmakers who try to ‘go it alone’ can expect to suffer a similar fate,” Weinstein writes. “Closing a major deal with a Fortune 2000 company is seldom straightforward. Large organizations are so complicated and diffuse that frequently even the people working there are unclear about what is required to make something of consequence happen. Without a guide, time and effort are squandered and the deal goes nowhere.”

While I’m not sure I’d go so far as to say that negotiating a deal is like being lost in the Underworld, the point is well-taken: without a neutral third party, such as a Vested Certified Deal Architect, a complex, strategic deal can run into deep and dangerous waters before it gets properly started.

Weinstein boils down a deal champion’s objectives to five key features: innovation, advantage, advance, respect and order. To that list, I’d add collaboration, trust and a firm grounding in a what’s-in-it-for-we mindset!

Actually, Weinstein’s insights prompted my real purpose in writing this post—simply to give heartfelt thanks all of those that have carried the Vested torch in piloting the WIIFWe mindset: they are true champions because they are striving to change business relationships, their industries and their companies!