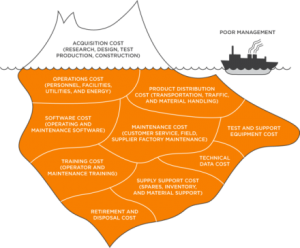 There’s an ebb and flow to most outsourcing relationships as well as their locations, and China is no exception.

Much has been written lately about outsourcing to China as becoming a thing of the past. I would not go that far for several reasons—including its large and still relatively cheap labor force and the huge manufacturing capability there—but I understand the thinking, as the country continues to emerge as the world’s most powerful economy.

David Weaver, in an Inventory Management and Demand Planning blog post, riffed on this point recently, asking, “Who would have thought that sending manufacturing processes to China would one day become “too expensive?”

Along with the rest of world, China is facing an economic crisis – it just took a little longer for it to kick-in there.

A Huffington Post article that caught his eye, and many other eyes, suggests that manufacturing costs in China will be equal to the costs of manufacturing in the U.S. by 2015. Is this a long-term trend, or a temporary blip? Time will tell, but as Weaver says, it “does not necessarily suggest a return of manufacturing to U.S. soil as many other cheaper alternatives have presented themselves as viable alternatives, such as Cambodia and Vietnam. It is also suggested that pulling out of China is not an option due to the growing domestic demand for products.”

All excellent reasons to not be too hasty about changing your approach to China.

But an important point I want to make is that a major corollary to my “Business Happens!” mantra is that companies must “do the math” when it comes to the off-shoring decision to any location. By that I mean they should consider the total cost of ownership (TCO) early-on in the decision process for an outsourcing—or any—enterprise, whether foreign or domestic. They must delve beyond simply concentrating on lowest labor or lowest production costs and bring in all of the projected and actual costs that are involved. These can include training, distribution, maintenance and software costs, among many more. This is called using a “best value” approach, which Vested strongly recommends to ensure long-term, collaborative win-win relationships, no matter the location.

As I say in our “Unpacking Best Value” white paper, it’s not how little you pay, it’s how much you get!

And to determine that as accurately as possible it’s important to do the homework and the math. For a detailed analysis of the TCO/Best Value approach, download the white paper here.

If companies make the decision to move back to their “home country,” they should consider Vested and Best Value. It might not be the wisest of moves to pull up stakes precipitously.

In the case of China, for example, while it may be in an economic crisis, its economy is still projected to grow by 7.7 percent this year. The U.S. and other Western economies would kill for that growth rate, figuratively speaking.