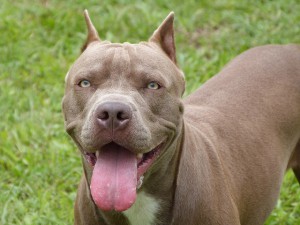 You probably have come across someone that I call the “pit-bull of procurement” – basically, that’s the person with a severe case of the Penny Wise and Pound Foolish ailment, making decisions based only on costs, the quick fix and the short term bottom line.

The pit-bull is a major contributor to an organization’s optimization myopia, which is also a facet of Penny Wise and Pound Foolish.

Let me explain. Businesses need efficiencies. Ways to reduce costs. Ways to automate. Ways to streamline. But all too often in that quest to achieve a perfect optimization scorecard that ticks all of the above boxes, we end up with optimization myopia. This occurs when one part of a “system” optimizes at the expense of another part of the “system.”

Here’s a real example. A Fortune 1000 company’s HR executive called and asked for help looking at his company’s incentive scheme. He claimed, “Everyone is hitting their goals and making their bonus, but the company is tanking! What’s wrong?”

After doing some digging it was easy to see that the organization had cascaded into optimization myopia.

Bottom line? A focus on separate or individual bottom lines can often backfire, creating optimization myopia. We have to look at the overall Total Cost of Ownership (TCO), or face hitting a virtual priceberg that will bring the whole company to its knees because it is working in cross purposes with itself, trying to optimize for the parts instead of the whole.

The best way to make the right decision on costs, production and pricing for the entire organization is to dot the “i’s” and cross the “t’s” on pricing and value from the get-go, by being aware of the Total Cost of Ownership through a Best Value analysis. Look beneath the surface in order to get a complete picture of the costs involved in any business relationship.

The Vested White Paper, “Unpacking Best Value – Understanding and Embracing Value Based Approaches for Procurement,” has an extensive discussion of TCO and Best Value and how using those tools can help organizations make the correct business and outsourcing decisions, and avoid optimization myopia. The paper is available as a free download on the Vested site.

Image: Pitbull (1) by Huga A. Quintero G. via Flickr CC