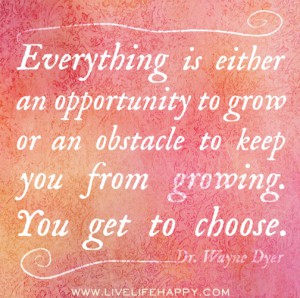 I have written about the nature of risk and how taking a risk averse approach to business relationships is common, but not the best path for long term innovative success.

I was reminded of this idea once again following my recent appearance on Jon Hansen’s BlogTalkRadio show with Phil Coughlin, who is President Global Geographies and Operations at Expeditors International, a global logistics company based in Seattle.

After the show, Phil said he liked the concept of a “mutually beneficial commercial agreement, where value is created and each party is fully ‘invested.’” Then he noted that “opportunity and risk are conjoined twins.”

That’s a really good way of thinking about the dual nature of the two concepts. On one hand, an opportunity almost of necessity implies taking a risk to see the opportunity through. On the other hand, risk is a leap that allows you to seize an opportunity.

Coughlin said he believes in taking calculated risk – but “it is important to do the ‘calculation’; the math has to make sense from a benefit versus risk ratio.”

I like to say that a risk-averse mindset would never have landed us on the Moon during the exciting days that followed John F. Kennedy’s directive in 1962 for the U.S. to “go to the Moon” by the end of that decade. One of the things that we see in successful Vested relationships is not only a unified decision to rally around clearly defined Desired Outcomes—or opportunities if you will—but also a common theme is that in many instances those involved do not know exactly how they will achieve success. They calculate that taking the risk is worth it in order to grasp the opportunity.

And here’s the thing: avoiding or shifting risk at all costs won’t get you to the Moon, or realize that opportunity waiting in front of you.