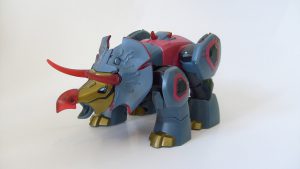 Dinobot is shorthand for dinosaur robot. If you have children you probably are very familiar with the term. Dinobots are characters in the fictional Transformers Universe. The Dinobot group includes several subgroups of robots, each of whose transformed mode is that of a dinosaur or similar prehistoric animal.

So why should you beware the Dinobot?  And are we creating modern software systems, including Dinobots, that might lead us to extinction? There are also some who question the rise of “chatbots,” such as the Apple Siri, Microsoft’s Cortana, Kayak, and Sephora–to name but a few—and the claims that these bots can “deliver value,” replicate “human intelligence” or even more, “build trust.”  Very bold statements, when you think about it.

The debate between machine intelligence and human intelligence is not new. The controversy first heated up when IBM’s Deep Blue defeated then world chess champion Gary Kasparov in 1996 in a computerized chess match. It was a historic development because it was believed that no machine could ever beat a chess champion. The next year an upgraded Deep Blue defeated Kasparov in a formal match, becoming the first computer system to defeat a reigning world champion under standard chess tournament time controls.

Artificial Intelligence, or AI, and RPA (Robotic Process Automation) have become “the next big thing.” Today it is widely accepted that computers have reached a level of sophistication, speed and productivity that the humans who program them can scarcely match. At the heart of this trend is Machine Learning, which is designed to provide bots with the ability to learn without being programmed.

Which brings me back to the title of this blog and comparisons of AI and RPA to the Dinobot concept.

As “Learning Machines,” AI and RPA are fed by inputs from humans with the goal to mimic human behaviors and perform tasks better or faster. But what happens when such inputs are provided by humans with old school thinking and bad processes?   The answer? The creation of a perfect Dinobot!

Perhaps you can see the potential problem.

Robotics and automation do have a place for organizations that want to improve efficiency, reduce costs and gain competitive advantage. But – especially when it comes to RPA – it is essential to make sure that what is automated is stable.

Unfortunately, not all things are stable, because “business happens,” as I like to say. And when business happens if the bot is using past assumptions and inputs you will get what you have always gotten, not what you need for the future. While bots are capable of replicating the past, their perspective on the future is entirely subject to their ability to draw the future based on patterns rooted in historical behaviors.

In addition, what role does AI and RPA play in collaboration? A Dinobot is highly problematic in the world of relational contracting, because as far as I can tell, . Maybe someday computers will become increasingly “human.” But for now, the human element is an essential part of negotiating collaborative and shared-value contract relationships.