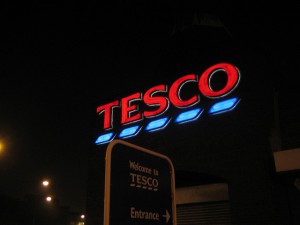 In a recent blog I questioned some of the supplier practices of Apple. But I don’t mean to single out any one company—it’s the nature of the business that often questionable supply chain practices don’t surface unless there’s a lawsuit or, in the case of Apple, a bankruptcy filing by a supplier.

It seems there are many buyer/supplier practices out there that could also be questionable. Another example is occurring at Tesco, the UK grocery and retail merchandise giant. I have heard many suppliers say Tesco is their worst customer. Think excessively long payment terms, the ability to cancel orders at miniscule notice, and so on.

Last month Britain’s Business Secretary Vince Cable urged groceries code adjudicator Christine Tacon to review Tesco’s dealings with its suppliers. In an iNVEZZ news report, Cable said Tesco has a reputation for behaving robustly – another way of saying “squeezing” – towards its suppliers, many of which are small or medium-sized businesses that rely on their contracts with the retailer.

Tacon says she is “considering what action to take” in light of the recent revelations involving Tesco and also called on suppliers to provide “hard evidence” of code breaches.

Tesco’s new CEO Dave Lewis recently wrote a letter to suppliers saying that “integrity” has to be at the heart of everything the business does. Part of this is about culture change, he said. “I expect Tesco to act with integrity and transparency at all times,” Lewis said in the letter to thousands of the businesses’ suppliers, quoted in the BBC News report.

Nice words, but have they come too late? And can Tesco live them?

And more importantly, why did the company need to be caught before it realized integrity was an issue?