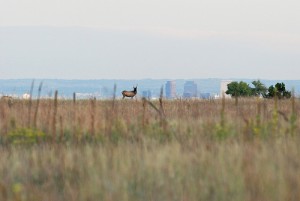 When I saw that CH2M Hill is the top U.S. environmental firm, according to Engineering News-Record’s Top 200 Environmental Firms list, I had to smile.

Not that I was surprised in the least, but because it confirmed what I already knew about the company, given its history with the Rocky Flats Nuclear Production facility.

What did surprise me a little was that the global consulting, design, construction and operations firm has held the No. 1 spot on ENR’s annual list since 2006.

That date is significant and also very interesting, and I’ll explain why later, but first a bit of background.

The Rocky Flats Nuclear Production facility near Denver opened in 1952 but by 1992, when it was ordered closed by President George H.W. Bush, it was a full-fledged, contaminated disaster: one of the worst hazardous sites in the world. The Department of Energy estimated it would take 75 years and cost as much as $37 billion to close and cleanup up the 175-acre facility.

Various contractors had little success and by 1995 DOE acknowledged that a different cleanup and closure strategy was needed. Rather than continuing with the bureaucracy’s cumbersome transaction-based project procedures. DOE sought a collaborative, innovative performance-based contract and governance structure that would drastically reduce the time and the cost of the cleanup/closure project. If that sounds a lot like a Vested approach, well, that’s because it is!

Anyway, that was the year Kaiser-Hill Company LLC, a joint venture of CH2M Hill and Kaiser Engineers got involved. DOE and Kaiser-Hill formed a new kind of commercial relationship in which they would collaborate for mutual success. Using a Vested approach, the DOE became a working partner with Kaiser-Hill to bear the numerous risks and share the rewards for achieving mutually defined goals.

This kind of partnership, on a scale of this magnitude, was new territory for everyone. But the results far exceeded everyone’s expectations. In 2005, 10 years after Kaiser-Hill started on the Rocky Flats project, what was thought to be impossible happened: Kaiser-Hill successfully removed transuranic and other hazardous waste the equivalent to a 65-story building the length and width of a football field. In the end, the Rocky Flats Nuclear Production site was transformed into a 6,550-acre wildlife refuge. And the project came in $27 billion under the initial budget projections and 65 years ahead of initial schedule estimates. (For more details on this see the case study “Vested for Success: How the Dept. of Energy and CH2M-Hill Transformed a Plutonium Site to Prairie Land,” and also chapter 4 of Vested: How P&G, McDonald’s and Microsoft are Redefining Winning in Business Relationships.)

Rocky Flats was a triumph of collaboration, innovation, sharing value and aligning for mutual success. I believe the knowledge and experience of the Rocky Flats saga helps explain CH2M Hill’s lofty and long run as the top US environmental firm since 2006.

It was a run that began as Kaiser-Hill completed its transformation of Rocky Flats in 2005. Coincidence? I think not.