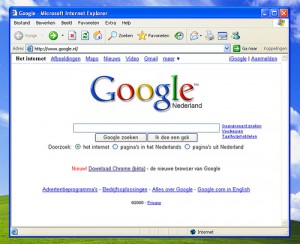 I just got back from the Sourcing Interests Group fall summit in Ft. Worth and as usual was thoroughly impressed with the fantastic job they do at these events.

I had the opportunity to chat with David Natoff, Head of Procure to Pay for Google, after his insightful presentation on the “search for outsourcing excellence in procure to pay.” Briefly put, procure to pay software systems enable the integration of purchasing departments with account payables departments; procurement processes are thus linked with financial processes.

So when Google has something to say about procure to pay and outsourcing excellence, it is probably wise to pay attention—and I was intrigued with what Natoff said.

For those who don’t know David, he’s an individual you can really sit down and have a hard core “philosophical” debate with. To me these chats are like brain candy.

During his presentation David shared his philosophy that Google seeks four things in everything they do.

1) Standardize—basically keep it simple and transparent.

2) Eliminate—take out the extraneous and the unnecessary.

4) Outsource—once you have the first three items pegged, is it time to let the experts handle the non-core activity you’ve identified?

In his talk, David mentioned that within Google there was an ongoing debate about where outsourcing fits in.

After David’s presentation I had a chance to have one of those brain candy-type philosophical debates to discuss my view on this question that seems to have no answer.

But for me, the answer actually is clear-cut. If you truly are outsourcing a non-core competency, why would you want to spend the time, energy and money to raise or improve internal performance, and then shift the work? After all, if something is not a core competency, does it really make sense to invest internally in it? Don’t we outsource something because we should not be investing?

This is where a quick lesson between transactional and the Vested business model comes in. Companies that outsource their mess for less and then use a transaction-based business model are setting themselves up for failure. The service provider will get paid for every transaction, so where is the incentive to “standardize, eliminate and automate” when its profit is tied to doing all that non-value added work!

A Vested business model addresses this inherent perverse incentive. How? Let’s look at Microsoft OneFinance as an example. In 2006, Microsoft embarked on a complete reengineering of its major global finance processes and operations after determining that its internal handling of those functions was less than world-class. Called the OneFinance initiative, the effort outsourced back office finance transactions spread across 95 countries to Accenture, a global management consulting, technology services and outsourcing company. 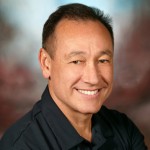 The result was an award-winning outsourcing partnership that has garnered multiple awards from industry peers, including the Outsourcing Center, the Shared Services Outsourcing Network and the International Association for Outsourcing Professionals. Read more on OneFinance here.

So which approach is right?  Maybe this requires more philosophical debating, but I can definitely say that the Vested business model can and does make it viable to outsource first because the economics of the commercial model are such that the buyer and suppliers goals are aligned – to ultimately standardize, eliminate and automate.

Images: Google by thms.nl via Flickr CC and Taylor Hawes via http://twimg0-a.akamaihd.net/profile_images/355558082/Taylor_Hawes_casual-small.jpg