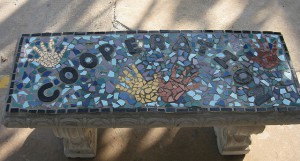 In previous posts (here and here) I’ve delved into Steven Johnson’s insights on innovation in his book, Where Good Ideas Come From: The Natural History of Innovation.

I’m again returning to Johnson’s outstanding book, briefly, because I was struck by an idea—“cooperative advantage”—that he addresses in his chapter on creating online platforms, specifically APIs, or application programming interfaces. He talks about this in connection with how Twitter developed its groundbreaking, and now ubiquitous, brand.

Without getting too techy-nerdy about this, the folks at Twitter turned the conventional approach to establishing a web platform on its head. As Johnson explains it, the usual process is for a developer to create a piece of software, and when it is finished, “expose a small part of its functionality to outside developers via the API.” But the Twitter team “took the exact opposite approach” – they built the API first, revealed all of the data involved “and then they built Twitter.com on top of the API.”

Twitter’s creators “recognized that there was another kind of competitive advantage that came from complete openness: the advantage that comes from having the largest and most diverse ecosystem of software applications being built on your platform.” Simply put, they created a cooperative advantage: “the burden of coming up with good ideas for the product is no longer shouldered exclusively by the company itself.”