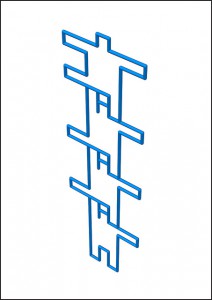 Previously I posted on Stephen Johnson’s work about how innovations that are built on slow hunches, serendipity and having an attitude that embraces sliding doors that open new pathways is conducive to driving innovation.

These posts brought to mind the evolution of the Vested business model itself and how it relates to a powerful quote I used in my first book, Vested Outsourcing: Five Rules That Will Transform Outsourcing.

In the book’s acknowledgments, I wrote, “In writing Vested Outsourcing, we stood on the shoulders of so many talented people that it is hard to know where to begin to express our gratitude.”

That thought is as true today as it was five years ago!

The quote rings near and dear to my heart because the evolution of the Vested business model stands on the shoulders of some really brilliant academics and researchers who have left a significant mark in terms of their contributions to the business world.

While many call Vested a paradigm shift, it’s an innovation that did not suddenly spring full-blown into life! Rather. Vested stands on the shoulders of many who blazed trails.

Let’s look a few of the most influential.

– Ronald Coase’sground-breaking work around transaction costs and the institutional structures and practices of companies began in the 1930s. Simply put, Coase, who received a Nobel Prize in economics in 1991, said that it was not enough to concentrate only on production and transportation as the main costs of doing business. Rather, he asserted that businesses needed to also consider the cost of entering into and executing contracts. In short, business is a math problem.

– The legal scholar Ian R. Macneil was instrumental in developing a wider view of the contract, called relational contract theory. He contended that business-to-business contracts should be “instruments for social cooperation,” adding that contracts can be “governed efficiently only if the parties adopt a consciously cooperative attitude.” This was in 1968! He said most contracts are ill-equipped to address the reality of business needs. In Contracts: Instruments for Social Cooperation, he wrote that contracts are rooted in the classical approach to contract law and thus crafted to address transactions and legal protections such as pricing and price changes, service levels, limitation of liability, indemnification and liquidated damages.

– Another Nobel laureate, Oliver Williamson, has focused on the contracting process and the need to develop credible contracts governed under flexible frameworks and “feasible foresight.”When dealing with people and their contracts, “We need to come to terms both with bounds and rationality,” he wrote. And because there are bounds on rationality “all complex contracts will be incomplete – there will be gaps, errors, omissions and the like,” he added.

Our extensive research and fieldwork at the University of Tennessee and with innovative companies such as McDonald’s and P&G enabled us to go deep into business models and explore how these companies had institutionalized much of what the pioneering researchers were saying (and proving!) in their work worthy of Nobel prizes.

So, back to Johnson and sliding doors: Vested is a synthesis of many light-bulb moments that evolved over many years, aided by the heavy-lifting of many strong shoulders.